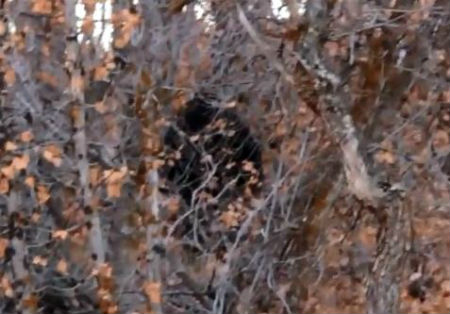 YouTube user Beard Card has been getting a lot of attention lately from the media about the Bigfoot footage he captured at Provo Canyon, Utah. Beard Card and his friends thought they were filming a bear until something unexpected happened-- "The monster stood up and looked right at us," he told Fox 13 News.

"We had actually been standing there for awhile. We had thought it was a bear up to that point but when it stood up and looked at us it was just massive animal,” said the video’s uploader, who goes by the name Bear Card on YouTube. “We don’t know what it was. I mean none of us really believe in Bigfoot but we’ve talked about it over and over again since then. It happened on Monday and all of us are positive that thing wasn’t a bear."


In the following video, YouTube user Beard Card talked to FOX 13′s Max Roth about a strange creature he caught on tape earlier this week.