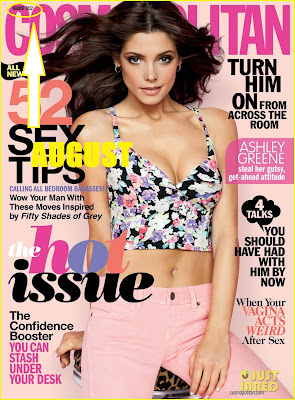 Robert Lindsay has been wrong many times before and he could also be wrong about this latest publication date for Ketchum's Bigfoot DNA Paper. Lindsay recently posted a couple of interesting tidbits for us to chew on while we wait for the elusive paper that's slated for publication sometime between August and September of this year.

Correction: Actual relict hominid type of the Bigfoots may not be known. In a previous post, I said that the Dr. Melba Ketchum team knew precisely which relict hominid the Bigfoots are. Upon talking further with my source, I have determined that they were mistaken and were reading things into what they heard.

The corrected story is that MtDNA side of the Bigfoots is Homo sapiens sapiens, or human. However, the Ketchum team has determined that the nuclear side is some sort of what I would call an ancient relict hominid, much more primitive than we are. Whether they have determined precisely which one or not, assuming the Bigfoots are known in the scientific record at all, is not known.

The source feels that “the base” of the Bigfoots is Heidelbergensis, but we lack Heidelbergensis DNA, so there is no way to prove that by DNA. However, if the Ketchum team has a body or part of a body, especially a skull, then they could make a Heidelbergensis determination on that basis. If they only have the baby, this will be much harder to do because it is hard to match up baby relict hominids with the adults of the species because they are often so different.

Another source told me that he has seen what he feels are skeletons of Bigfoots on museums and private collections, and he feels that they look most like the Heidelbergensis skeletons he has observed. When asked for more details on these purported museum and private Bigfoot skeleton collections, he could not tell me anymore.

Ketchum DNA paper may be at Nature group. I have sources who know which journal the paper is at, but they will not tell me, so I have to guess. Asking around a bit, I would say that Nature is a pretty good guess, but I can’t confirm that in any way.

But let’s put it like this. Is there a “Nature group” of journals, that is journals are that affiliated with Nature but not Nature itself? If so, I would say to look there. I would also look at journals associated with the journal Science, say a Science group if it exists.

Ketchum DNA paper should publish from August 21 – September 4, 2012. If it passed peer review on July 10, 2012, which is possible, then I know for a fact that the publishing time at the journal this paper is at is 6-8 weeks after passing peer review. Figuring 6-8 weeks past July 10, I arrive at this date.

The manuscript is NOT at the Nature Group! How many times do I have to say this? There is no pub date yet! Those pics are not real either, it looks like the hair is mounted on something fake (or tanned) and it really looks more like tanned coyote hide. The morphology is wrong for BF hair. Talk about grasping at straws. I wish people would stop bombarding me with emails every time all this fiction gets posted but that is all it is, fiction. Geez.... Ok, now that I have responded this time, this is the last post I am going to comment on the subject of this blog....and I am not going to waste my time answering any emails on it either. Just know, whatever that blog says as it pertains to ANYTHING we are doing or know, it is NOT true and I will not address this again. There are no leaks from our group and NOBODY, even the submitters, know anything at this time as the dynamics of the study have radically changed. I have way too much to do to than to answer a lot of emails. I don't want to be rude and not answer so I am posting this as an answer to all. Please do not expect anything further until the paper is released. Thanks everyone and I appreciate the support.