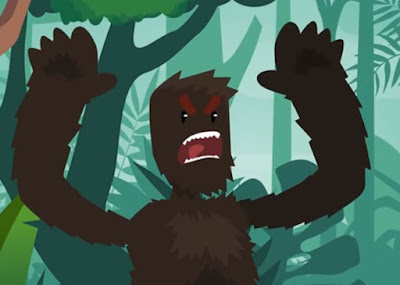 Check out this article on a creature that soldiers encountered in Vietnam.

Soldiers in the Vietnam War faced almost insurmountable odds as the North Vietnamese Army bore down on Southeast Asia for the better part of a decade. Nearly 60,000 members of the U.S. armed fires were killed, declared missing, or have since died as a result of the war. Those who survived live with the memories of a real-life nightmare. Fewer still are haunted by the mystery of the Batatut. According to MysteriousUniverse.org, stories of the Batatut actually predate the Vietnam War. Regional variants from Laos and Borneo have added to the Batatut mythos for decades, but many more are shared within the Vu Quang Nature Reserve. The people who live there call the creature Batutut, but also “Ujit,” or “Người rừng,” loosely translated as, “jungle people.”