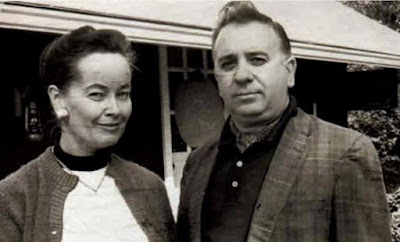 Did you know the famous ghost hunters, Ed and Lorraine Warren, had their own bigfoot story?

The whole bizarre tale was chronicled amongst many of their other more traditional paranormal themed cases in the book Ghost Hunters, by Ed and Lorraine Warren and David Chase. The Warrens apparently had been contacted by a news reporter at the time who said that something in the wilds of Tennessee had been menacing terrified locals in a poverty stricken area way out in the boondocks. The witnesses had said that their tormentor was none other than the legendary giant hairy wild man called Bigfoot, and although Tennessee is actually quite a hotbed of Bigfoot sightings, the Warrens had never been particularly interested in investigating the creatures until then. Lorraine Warren would say of this: