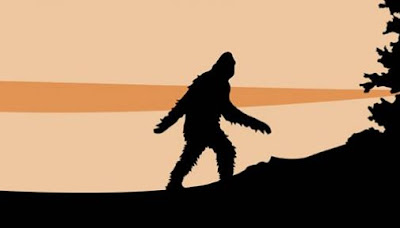 Check out this informative article about bigfoot in Native American and American folklore. There's some really good information in there for bigfoot enthusiasts.

Mention the name Bigfoot and most people will picture the 1987 film Harry and the Hendersons. Or maybe the controversial 1967 clip shot by filmmakers Roger Patterson and Bob Gimlin, where a tall, hairy, bipedal ape — or a man in an elaborate costume, depending on whom you believe — strolled across Northern California’s Bluff Creek and into America’s pop culture consciousness forever.

But the story of Bigfoot started long before the monster-crazed years of the Atomic Age. In fact, the folklore of the frontier is rich with Bigfoot tales. Newspaper accounts from the 19th century are brimming with giant wild men, wood apes, and the like, many of which bear a striking resemblance to the descriptions of the creature that persist today — tall, hairy, bipedal, somewhere between a man and an ape, and, more often than not, stinky.

On the Tule River Indian Reservation, in California’s Sierra Nevada foothills, a set of giant pictographs tells an even older story — the creation tale of the Yokut people and the gatekeeper of their spiritual world, a figure known as Hairy Man.

The pictographs feature a veritable mountain menagerie, including coyote, beaver, eagle, condor, and bear, all well-documented animals who also serve a supernatural role in the tribe’s origin story.

“[The Yokut] believe when you see a Bigfoot, it’s not a good sign. It means he’s coming to take somebody who’s going to pass over to the other side. There’s even a Hairy Man song that women sing during a funeral, to make sure he does take that soul over.”