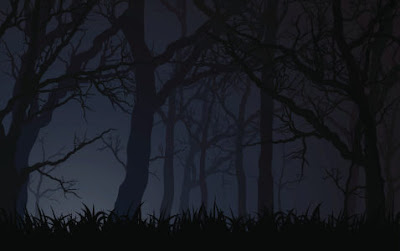 A listener writes “I am 62 years old and have been keenly interested in the subject since I first saw the Argosy magazine article about the Minnesota iceman, then the P G film.

I have spent the better part of my adult life listening to or reading every report and article that I could get my hands on whenever I could find the time. I have been ridiculed and laughed at by so many people when I bring up the subject that I finally quit bringing it up.

I am still awestruck by some of the reports I hear, particularly on your show of people that have actually physically seen these creatures or heard them vocalizing, and I have heard Wes say to be careful what we wish for but I still can’t help but wish I could see one… I have not, but I had an experience with what I am almost certain was one.

I live in North Central Florida. I used to hunt near a little town called Macintosh about midway between Ocala and Gainesville.

My friend and I had a great little place that we had managed for quite a few years getting it to where the deer population was probably at max capacity. We counted 17 does one late afternoon all at once on an approximately 1/2 acre of food plot. If you left a trail cam out for one week there would be literally hundreds of pictures on it.

I mainly bow hunted it, in fact I never shot a deer there with a rifle, my friend did fairly regularly. We spent a lot of time on that property and knew it very well. We never had one problem or bad experience.

I had a two-man stand at one end of an 8 acre clearing, just on the edge of the woods. I have taken both of my sons there and we have just watched countless deer. I also spent quite a bit of time with my friend up there, I always enjoyed hunting with someone just because of the Comradery. I had also hunted it alone many times.

I think it was about three years ago that I noticed the deer population drastically down. We could not figure it out, there were still deer but the atmosphere was completely different, as if someone had flipped a switch.

I apologize for being so wordy but as I think of it I am trying to convey it to you.

The first odd thing that happened that year was when I had left the stand and was going back to my truck in the dark. I always had a headlight on my head but I never turned it on because I did not want to startle any deer. Mind you I had done this scores of times before by myself and never had one odd feeling but that night as I got about halfway to my truck an overwhelming sense of fear and dread came over me. I can’t explain it but I froze in my tracks, I knew that something was watching me. I flipped on my headlight and looked around and made haste to my truck. It seemed the closer I got to my truck the more powerful the feeling was, all the hairs on my entire body were standing up & by the time I got my door open I was almost crying. That same thing happened one more time when I was hunting by myself. I never told anybody about that.

The next strange thing that happened was when I was there with my friend. We were both in the double stand at the edge of the field, The sun was getting low but there was still plenty of light. We heard what we thought was a gunshot about 100 yards behind us but then realized it was a branch breaking. To this day I have no idea how any branch can sound that loud but it actually made our ears ring, it was incredible. We both just stared at each other and really didn’t say much but I am sure that we both read each other’s faces.