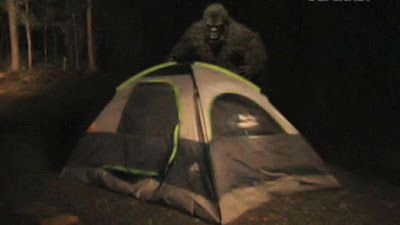 Two young Marine reservists on an overnight camping and hunting trip last month claim they got the scare of a lifetime: a possible Bigfoot sighting.

Tyler Kroetsch, 20, and Wil Neill, 23, were in the southwest corner of the Waterloo State Recreation Area in Michigan in the early morning hours of Sept. 16 when they heard footsteps about 20 feet away from them. The seasoned outdoorsmen then froze to listen to what came next: two distinct, four-second-long screams that didn’t sound like anything they’ve previously heard in the woods.

“You could hear each step,” Neill told The Post on Wednesday. “It stopped almost directly in front of me, about 20 feet away, off to my right, and then it screamed two times. After that, we freaked out.”

Neill, of Livonia, Mich., said he was so spooked by the sighting that he and Kroetsch ended up sleeping in their car. They never reported the incident to officials at the state’s Department of Natural Resources, but Neill insists he’s a believer.