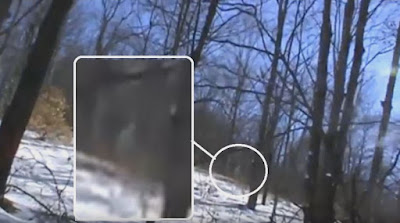 Do you ever get the feeling you're being watched, or something just doesn't feel right? That's what happened to the Squatch Master while he was out investigating an area. It prompted him to try a technique where researchers aim their video recorder backwards, and record what's going on behind them as they travel through an area. After reviewing the footage, the Squatch Master believes he captured video footage of a large, white bigfoot. Check out the video: