Was Patty Getting Ready to Throw a Rock at Patterson and Gimlin? 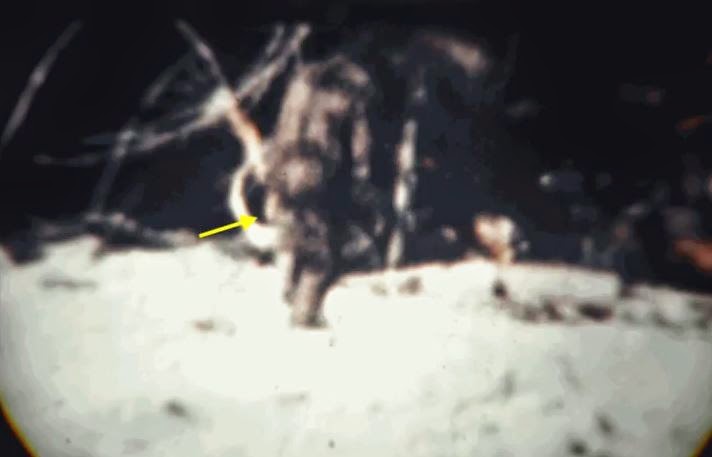 M.K. Davis can spot things most people would never imagine. For example, in this latest analysis, Davis thinks Patty could be holding something in her hand? Some say it's a rock, and others say it could be a stick. "The is from the first walk sequence of the Patterson Bigfoot film. She is leaving the red hole and she has a conspicuous object in her left hand that can be seen in more than one frame", wrote Davis.

"I took a lot of heat from a lot of people for this discovery. The reason why was that this object might imply a crude culture. The ape theorists went ape over it. It shows where both their minds and their hearts were. This was on the film and they were willing to overlook it to protect the multitude of books and articles they had written on the film. They wrote articles without a shred of evidence from the film to back them up, and then blamed me for the discovery. Sad indeed."