Another Interesting Theory About Bigfoots 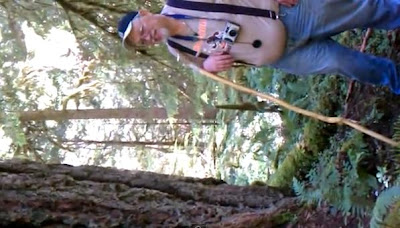 Are Bigfoots hiding underground? We've heard this before from a habituator. It sounds like this theory is more prevalent than we originally thought. It's possible that Bigfoots are living in deep caves and go into hiding when they sense danger. One BFE reader explains this theory in detail:

I was thinking about how many went under ground maybe 10000 years ago cause of meteor or water or both. It dawned on me to think if a man possible did go under ground for a period perhaps it would grow more hair. It would technically become bigger mass cause of all the digging. These creatures are finding ways to come back out of the earth to maybe find food. This would be a good reason why alot of down time in between sightings. I believe their are really not as many as some would believe, Because they move at such a fast pace on ground. Can I get a amen. I am studying them and trying to figure out their real Identity. Ahoo matakeya


Does anyone know what "Ahoo matakeya" means?