Want to hear the wildest Bigfoot attack story? We have it... 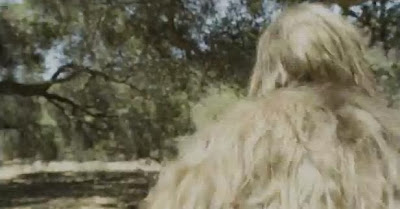 We normally don't check what people post on our Facebook page, but this one really caught our attention. We're not going to reveal his name here because if he's telling the truth, we don't want him to feel embarrassed about it. How many people can say they've been attacked by a squatch? This person has and it was brutal! He left this message on our wall, hoping we'd read it:

Howdie yall I'm reporting to you guys after a 6 month rehab after being attacked by a sasquatch. After almost a year of sampling feces I had found on multiple trails along with prints and semen samples from bigfeet mating grounds; I was able to track down a male bigfoot, upon approach I was viciously attacked...I suffered a broken jaw, cheek bone, dislocated eye socket, broken leg, half of my hand was ripped off attempting to defend myself, torn scrotum, and severed penis (which was reattached ladies). But it was all worth being able to see the big fella...I can't wait to get to training at a local dojo so I can go back and get a fair fight in with the bastard - Anonymous