This Bigfoot-UFO connection is sooooooooo weird 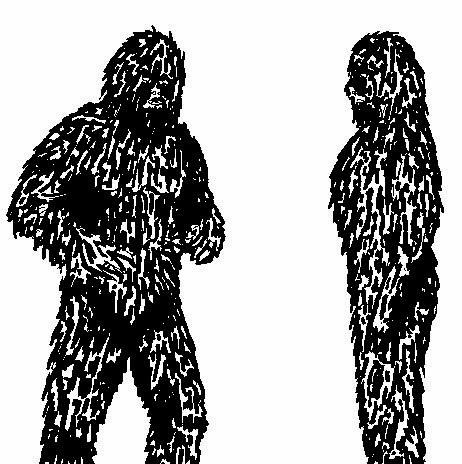 If you think the Bigfoot-UFO connection is something that's new, think again. There's been reports of strange happenings like it from the UFO/Paranormal field for decades. We recently came across this report from 1986 describing strange orbs around two humanoid creatures. Here's a rough French to English translation:

Version Quebec of a text by Albert S. Rosales UFO and Bigfoot in Italy place connection. Vallo di Lauro Aviano in Italy Date: end of May 1986 time: 10.30 pm Ms. G. Menchini was walking into another room in his house when she looked outside to see in the nearby forest a strange creature approaching the House. It describes the creature as close to 3 metres high, covered with black hairs. He walked on two feet, as a man. When the creature noticed that the witness has issued a powerful moan he quickly disappeared into the Woods. Later that night, two men, Vittorio Panizzi, and Enrico Preziosi observed a large luminous sphere on the ground, in front of which were two large Humanoids covered in thick black hair.
Supplement of HC Source: Archivio SUF Type: E & C