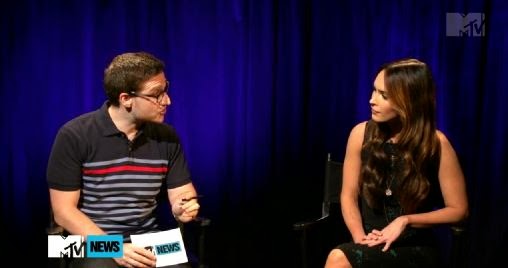 Megan Fox recently came out of the bigfoot closet, stating that she does believe in the big hairy guy, and that if given the opportunity she would be able to find him. Now she defends those beliefs, and a few others to MTv's Josh Horowitz. Hey Megan, if you're reading this, we'll be more than happy to arrange a bigfoot expedition for you.

"In an MTV interview on Thursday, the Teenage Mutant Ninja Turtle star insists, “It’s not really that outlandish to think that a large bipedal primate exists somewhere on Earth that humans haven’t discovered.”

Fox also rates her belief in UFOs at “1000%,” explaining that both Big Foot and aliens are too smart to be discovered.

But that’s not all.

Fox shares that she was recently haunted by coffee-pouring ghosts in a Mexican hotel."