A Possible Bigfoot Was Captured In 1907 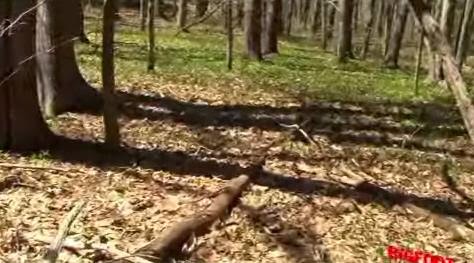 Author D.L. Soucy tells some interesting stories. This latest one about an article in the 23 Jan. 1907 issue of the Telegraph-Republican newspaper titled "Hairy Wild Man Is Captured in Mexico." Soucy writes:

As usual, I am immediately drawn to all stories about wild men, and in reading through it, found a few morsels that suggest this may have been another encounter with what we call a Bigfoot today.

A couple of points that I want to draw attention to in this piece is the suggestion that it may have been a human gone demented for one, and the location of his capture in Mexico for two. Frequently we will hear stories of wild men that turn out to be simply men who had gone wild in response to some catastrophic event, usually the rejection of some women. However, there are some where these stories cannot be corroborated, and the details of these stories compel me to give great consideration that the events may actually be depicting encounters with that race of people we call Bigfoot today.

This one in particular suggests the being had no language, at raw food, utilized no fire, and was covered with long shaggy hair, superseding the need for covering of any kind. Many of the wild men caught in the past had at least some kind of covering, if not against the weather, then for modesty's sake. These stories I place in the pile of wild human class encounters.

The other interesting this is the location of capture, which was in the state of San Luis Potosi, which is located in south central Mexico. An area of little renown, poor in value as well as culture, I find it interesting in that this area is just a few hundred miles from the state of Sinaloa, which is where the famous Julia Pastrana was discovered. Ms Pastrana was exhibited in Europe as a wild woman exhibit. She too was covered in hair. There are some other details, but we will look at that story some other time.

The point of the potential connection is that this wild man may well have been related to Pastrana. A few hundred miles was a long distance in the 1800's, but it is still possible for related families to be separated by such a distance as people moved to find a better life elsewhere. Ms Pastrana was found as a slave at a moderate Mexican farm, and her actual parentage was unknown. Supposedly, as the story goes, she was found wandering in the desert by her owners.