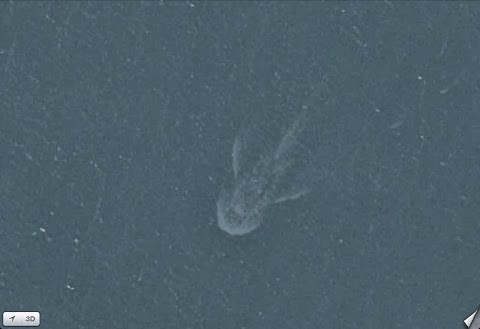 While browsing Apple Maps on his iPad, Bigfoot Evidence reader Peter T. discovered this sea monster shaped object swimming near the eastern end of Loch Ness. Peter tells us the "anomaly" is only visible using an iPhone or an iPad. We have two iPad devices (and two iPhones) here and we couldn't get Peter's "pindrop" attachment to work. If anyone wants to locate the object, here's a portion of the map that was sent to us: 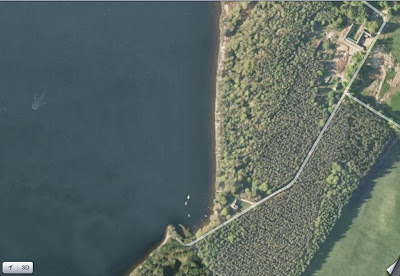