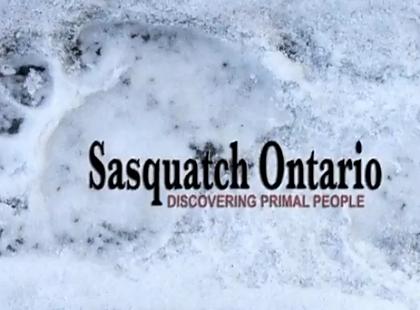 If Mike P. is hoaxing then we're going to document every part of his "investigation". If he's not hoaxing and this all turns out to be legitimate, we may be documenting a discovery of Biblical proportions: Bigfoot attempting to vocally interact with humans. In this latest video from YouTube user Sasquatch Ontario, a Bigfoot's name is revealed for the first time, and the word "Nephatia" can be heard.

Audio from August second. Insane activity at the gift tree outside my tent as well as what we believe to be verification of a name, which we've been asking for months.

Also added is a short vocal from July 10th just after an audio battery change at 3:30am. I was walking away when a short vocal call out by Nephatia. Two incidents that night and this was the first visit in which we've noticed a call out while close to us.