Here's a Sneak Peek at The New Documentary "Christopher Munch - A Journey of Understanding, a Sasquatch Movie and The Expansion of Our Hearts" 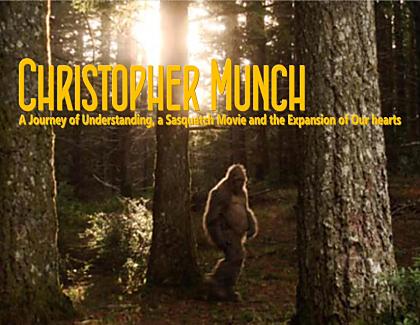 Editor’s Note: This is a post by Bigfoot Evidence contributor, Damian Bravo. You can join his Facebook group, Sasquatch Lives?.

From a young age, director Christopher Munch always had an interest in the idea that Sasquatch may exist. This interest and his passion for film making led him to create a movie about Sasquatch while being respectful to the beliefs of North American indigenous people. His research tries to find the connection Sasquatch has not only to the indigenous people of North America, but also to the many who have had encounters, and what we call a paranormal aspect to these beings. The screen play for the movie “Letters from the Big Man” was created in 2005, and thus began Christopher’s journey of understanding that Sasquatch existence is not just about myth and legends but a true reality that has changed his life profoundly.

Currently the documentary is still being edited and was supposed to be released recently, but because of a small issue with the video quality, the release had to be postponed for possibly this weekend or the early part February 2012. Director Christopher Munch is working closely with me to bring the best video quality to this documentary, which was done with so much passion and care. I personally want to thank Christopher for his generosity and willingness to be so open about his journey to find answers to the enigma of the beings known to us as Sasquatch. I also want to thank him for creating such a beautiful movie, which has brought so much joy to not only to him as a director, but to the many theater audiences and people that donated, supported, and bought the DVD which is available at the movie’s website. (www.lettersfromthebigman.com) 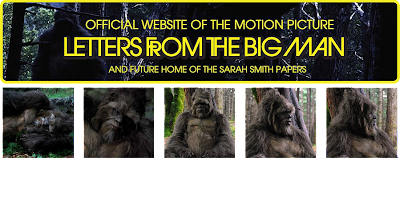 Here is a preview of the Documentary “Christopher Munch - A journey of Understanding, a Sasquatch Movie and the Expansion of Our Hearts.” Produced and directed by Sasquatch researcher, folklore and legends historian Damian Bravo, associate producer Shawn Evidence for Bigfoot Evidence Blog. (In association with TazerMedia.com and TheBigfootReport.com)