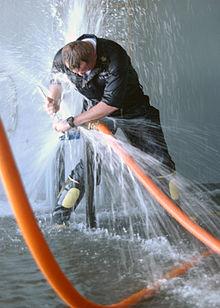 On Sunday, we reported that Dr. Melba Ketchum's paper currently references at least two fictional scientific literature including a paper written by Milinkovitch paper titled, "The Yeti DNA sequenced". The 2004 paper is well-known to many students of science and it is often brought up as one of the best known April Fool's jokes in research literature.

Here's a response from the Ketchum camp to the "rumor" posted by Troy Hudson:

Dr. Melba Ketchum (Troy Hudson) @Lino, these comments just keep coming, I would treat things like this like any other tabloid, Dr. Ketchum is aware of these comments, she will address these soon, but for now they are in error. People are trying everything they can to discredit her and her paper, just keep that in mind.


Here's an official statement from Dr. Melba Ketchum herself:

Do to the wild rumors out on the internet. I felt it important to address a new rumor about a possible hoax. First we have never hoaxed anything as there is no need to. We have the proof we need in the science. I hope this helps everyone understand.

One of the early reviewers asked for any and all references related to our subject matter. We neither agreed with nor endorsed any of those references used though Bindernagel's books are a good effort since at the time he didn't know the human element involved. It was not our choice to use any of them though. That ref was a testament to the idiocy surrounding not only the scientific bias against the existence of these "people" but also the request by reviewers for refs that we had not felt had any place in our manuscript and were not included originally. This same reviewer required the so-called folklore that is in the introduction. That also was not in the original manuscript