"My Story Is 100% The Truth" Says Witness To Death of Fox, Also, Janice Carter Confirmed 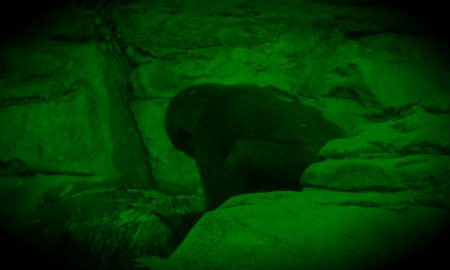 We have confirmed that the email we receive from Janice Carter regarding "Fox" is really Janice Carter. This is what Ms. Carter wrote to us when we asked her to confirm her identity:

This is the real Janice Carter, formally Coy. I'm on Facebook under my name with the tricolor collie Bess as my profile photo. This is my personal email addie. I usually do not use it to contact anyone outside of a few close friends and dog show clients. Melody Fowler-Knowles along with Brian Wells were the two that contacted me about this matter. I was unable to address any of you about this until I returned from the Eukanuba AKC National Championship dog show in FL this pass weekend. If you know what I look like, you can go to the http://www.dogchannel.com/ and scroll down to the smooth collie and watch the uncut version of my being in the ring with Bess there.

I no longer follow any of the BF stuff except what Igor, Dmitri or personal friends email me with. After Fox passed away I lost heart/interest in the research, Also know that it takes years of frequent contact with an individual or group of these hairy people before there is common ground to develop a type of observation and interaction upon.


So, is the story by our anonymous witness about the passing of the Bigfoot on Janice Carter's property true? When asked about Carter's response to their story, this person still claims it's true. Here's the response:

I must admit that I have been angry since my version of Fox’s death was questioned and denied by other parties who were present. I have thought about this for a little while and believe that I must respond because my version of the events is the absolute truth as to what took place that day.

Since sharing my experience certain people have attempted to try and hide the truth. At first I did not understand why they would do this but after thinking about it I believe there are a number of reasons.

The first reason is to prevent people from attempting to locate “Fox’s” grave and then attempting to dig up his body. I will say that I provided too much detail regarding Fox’s burial site. This was probably a mistake on my part.

The second reason is to prevent other researchers from using short bread, tobacco and peanut butter as bait to lure in Bigfoots. I think these facts play a pivotal role in accurately describing the scene, so I make no apologies about disclosing them.

The third is that I believe there is a plan in place to release all of this information at the same time. Ketchum’s study, “Sasquatch the Quest”, the pictures of Bigfoot and experiences like the one I had will attempt to be “bundled” and released and described at the same time so as to bolster the credibility of all the parties involved.

When one examines both denials, one sees they are entirely inconsistent with one another. They gave completely different versions about what happened. Sally says she never saw a Bigfoot and the closest thing to a sighting was a howl in the distance. She denied even being present at the time of Fox’s death. Janice then tells a completely different story, and one that is completely at odds with what Sally has said. Janice said that Sally was present at the time of Fox’s death and that Sally did in fact have an encounter or encounters with Bigfoot.

When deciding which version to believe please consider the following. We have been given two denials that are completely at odds with one another. The only version of the events that has remained consistent is my version and that is because it is the truth. Robert Lindsay reported that Sally had an encounter with Fox and that others were present. Janice then supported Lindsay’s report with her denial. Janice also helped support my version by confirming portions of what I had described. Both Lindsay and Janice support my version of the events. My description is the only one containing information that is consistent with what has been admitted.

My story is 100% the truth and everyone should know that.


To see what this "Fox" story is about, check out this article: A Witness To "Fox's" Death Tells Their Story About The Dying Bigfoot