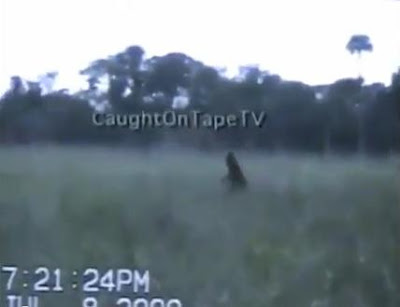 If this is a hoax like they say it is, then M.K. Davis just wasted hours of his life stabilizing a fake Skunk Ape Video.

According to Bigfoot Evidence contributor Vicki W., "Shealy runs a museum dedicated to the skunk ape of the Everglades, a popular tourist attraction in the Everglades of Ochopee, Florida. Shealy became interested in the animal after he and his brother saw one as children. He has long been trying to get government sponsored monies to study and organize searches for the smelly swamp creature."

"He captured some interesting footage of what appears to be a reddish-brown, hair covered bipedal animal moving across a field. Could this be the real deal?"