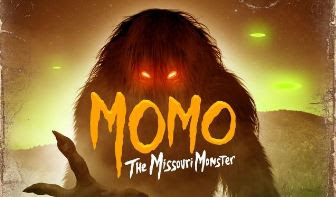 The Momo Monster by Seth Breedlove made it's premiere in Canton, Missouri. Momo is the name given to the bigfoot like creature that roams the state.

“MOMO: The Missouri Monster,” the latest film by Bolivar native Seth Breedlove, will premiere at 7:30 p.m. today at the Canton Palace Theatre.

Large portions of the film were shot in Stark, Tuscarawas and Coshocton counties, including the film’s climactic confrontation with the titular monster, which made use of the Zoar Wetlands.

The film is a hybrid documentary and narrative horror movie that explores an infamous Bigfoot and UFO outbreak that occurred in the early 1970s. It is the latest feature from Ohio-based production company Small Town Monsters.