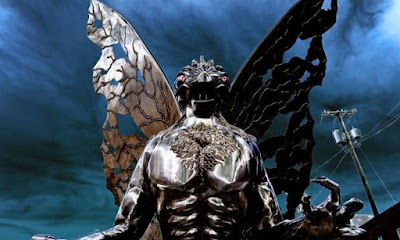 Monster lore is alive and well in West Virginia, and boosting the economy.

Who could have foreseen that a large, man-like flying creature with glowing red eyes — supposedly sighted in Point Pleasant in the mid-1960s — would lead, 50-plus years later, to a cottage industry, festival, museum and gift shop dedicated to the Mothman legend?

And it's not just Mothman that's enjoying a wave of monster-kitsch popularity. Flatwoods has its Flatwoods Monster, and there are other tales of mysterious, unsubstantiated entities - or "cryptids" - in West Virginia, such as Bigfoot and the Grafton Monster.

Television shows like The Travel Channel's "Mountain Monsters" have helped to popularize local monster lore and have inspired monster- and paranormal-themed festivals, such as the upcoming Mothman Festival and this weekend's Flatwoods Monster Fest in Flatwoods.

It's also inspired enterprising local artisans to put their creativity to work in what has become a pop-culture genre focusing on the unexplained and the offbeat.