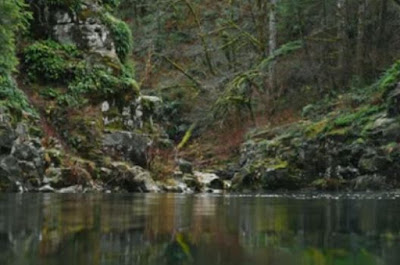 From PacWest Bigfoot on youtube: Shadowed By A Bigfoot Near Yacolt… – “I Thought I Was A Dead Woman!”

I was shadowed by a Bigfoot near Yacolt, Washington and I seriously thought I was a dead man, or, dead woman in my case. I was out that late afternoon to clear my mind, and at the same time, get some painting done; I was somewhat still new to the Yacolt area at the time. I had heard the stories of Bigfoot growing up in the Napa Valley, everyone in Northern California has, but I never thought they were real until that day in 1992 that I saw one near a river where I lived.