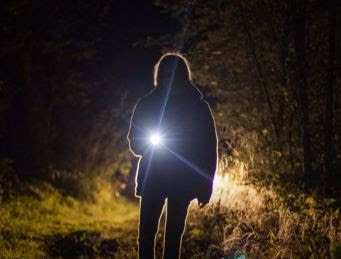 Two people get the shock of their life when they unintentionally cross paths with not one bigfoot, but an entire family of the creatures.

The man goes on to say that they detected three pairs of eyes leveled at different heights. At first, he adds, they thought they were looking at a mother bear and her cubs.

“But after shining the flashlights in their direction, the larger creature charged up the hill, grunting. Then it stopped and waited for the other two.”

The eyewitness explains that they were able to focus their flashlights on that creature, making them able to observe it better.

“It was brown, the eyeshine was orangish… then it started charging towards us, breaking branches on its way. Then it stopped and everything went silent.”

The other two, he explains, were sitting there watching the men.