Bigfoot Chases Cars In The UK 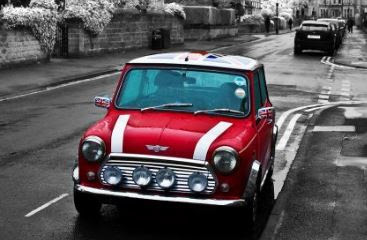 Reports of bigfoot trying to chase down motorists are becoming common in the UK. If it's not bigfoot, then what is it?

In 1995, Jackie Houghton was living in Cannock, England, and working as a waitress in the nearby town of Stafford. On February 18 of that year, and at around 1:00 a.m., she was driving across the Cannock Chase, back to her apartment, and along the main road that links the towns of Rugeley and Cannock, after her shift at the restaurant was over. As she approached the turning for the village of Slitting Mill, however, she was suddenly forced to violently swerve the car and only narrowly avoided collision with a large, shambling creature that stepped out into the road. Considering that she was traveling at high speed, said Jackie, it was a wonder that she didn’t hit the huge thing. The encounter only lasted just a few seconds, but it was long enough for her to catch sight of the animal in the headlights of her vehicle. She was certain that it was not anything quite as down to earth as a large stag, but was bipedal, tall, very hairy, and had a head dominated by two, fiery, red eyes. In an instant, said Jackie, the beast vanished into the cover of the surrounding trees, leaving her distinctly shaken and stirred. We should not forget that the small hamlet of Slitting Mill – right around where Jackie had her experience – played a significant role in a 1970s-era encounter with a group of hairy, troll-like creatures. And there are many other car drivers who have experienced the “British Bigfoot” in all its vile and close-up glory.