This New Bigfoot Documentary Is Blowing Up! 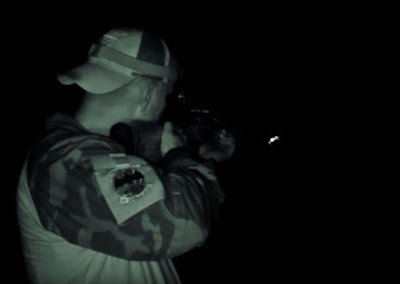 Small Town Monster's new bigfoot documentary, On The Trail Of Bigfoot, is blowing up! Check out this interview with creator Seth Breedlove.

Cryptozoology-centric production company Small Town Monsters’ first entry in their new ON THE TRAIL OF miniseries takes on what is arguably the most famous American legend of all: Bigfoot! Filmed over the course of a year, writer/director/narrator Seth Breedlove’s one-man odyssey to separate fact from folklore and experience some unexplainable phenomena firsthand is chronicled in six fascinating, half-hour installments. Along the way, he interacts with believers, skeptics, scientists, and historians across fourteen states, and emerges with what may very well be the best, most exhaustive cinematic document on the subject to date. We sat down with Breedlove to discuss the production and where he falls on the Bigfoot argument now that he’s had this life-changing experience.

Can you tell us a bit about how Small Town Monsters came to be?

In 2015, me and some buddies made a short form documentary about a case that was local to where I grew up in Ohio, called MINERVA MONSTER. After that came out and was fairly successful, we decided we could use the money to continue making movies and found a production company that would be entirely dedicated to tracking legends and cryptid lore around the country. And it’s just grown since then! We’re in our fourth year, and we’re actually operating as a full-scale, completely independent, autonomous production company.

How is ON THE TRAIL OF BIGFOOT different from your other work, besides being a miniseries?

Well, most of our stuff is very cinematic. We have a crew, and when we go out, the intention is to create these documentaries that have a very intense mood and specific visual style. ON THE TRAIL OF BIGFOOT was completely different from that, because it was about as verité as it gets. Most of the time, it was just me and whatever camera I had on hand; some days I’d be shooting stuff with my iPhone! I wanted it to be more raw than our usual output, but still have a sort of style and tone, a lot of which was pure luck. The places where we were shooting did the heavy lifting because it’s hard to screw that up when you’re filming in the Olympic Mountains or Northern California. The scenery is so incredible, and if you have the right equipment to shoot it, I think the setting itself will sort of set the tone and style for the movie.