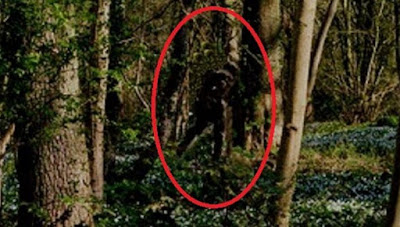 A woman from Grimsby in the UK photographed what she claims is a bigfoot creature in the Bradley woods. Is it really a UK bigfoot?

A Grimsby woman claims to have spotted Bigfoot in Bradley Woods after snapping a picture of a shadowy figure among the trees at the weekend.

The monster hunter alleges to have come across an ape-like creature, otherwise known as Sasquatch, when walking through Bradley Woods and sent the image to Grimsby Live - though it may well be a man taking an afternoon stroll.

In North American folklore, Bigfoot is said to be a hairy, upright-walking, ape-like creature that dwells in the wilderness. The image echoes the posture of the mysterious cryptid filmed in the infamous Patterson-Gimlin footage that was shot in northern California in 1967.