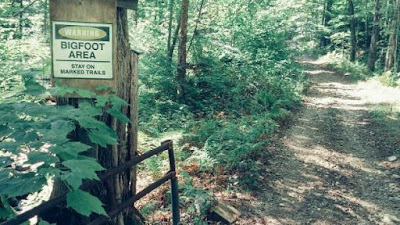 In case you were wondering where the top eight places are to find bigfoot, the Travel Channel has you covered.

A combination of terrifying eyewitness accounts, recently uncovered anthropological evidence, and a possible government cover-up of a Bigfoot being held in captivity prove that we still have a lot to learn about this mysterious creature. These new findings lead to a hunt for the legendary primate using the most cutting-edge science available, which produces shocking DNA evidence of its existence.

This is the Bigfoot story as it’s never been told before.

And now, for the first time ever, Travel Channel reveals the eight best places to catch a glimpse of Bigfoot using never-before-released data from the Bigfoot Field Researchers Organization (BFRO). This exclusive tracking information comes from BFRO’s Follow-up Log and Tracking System (FLATS)– the world’s ultimate sasquatch database of compiled sightings and testimonies.

After analyzing the 23,000 sightings across the country, Travel Channel has determined the eight states with the highest likelihood of having your own Bigfoot encounter: