The Bigfoot of the Oregon Caves 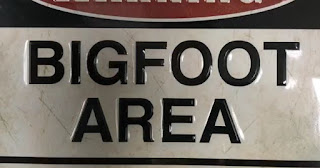 
A few years ago, about 3-4 years before mine, there was a pretty chilling l report of Bigfoot stalking or following a man's family near the Oregon Caves. Well, I think that thing roamed the whole area of the OC and the main Holland, Oregon area. I've only told a few people about this experience, and the visual only lasted a few seconds or so, and I only saw this thing once. However, I had heard it plenty and knew it was stalking around our property for nearly a month on and off as there were tell-tale signs I will share here. Here is what happened, and what I saw that made me a believer.