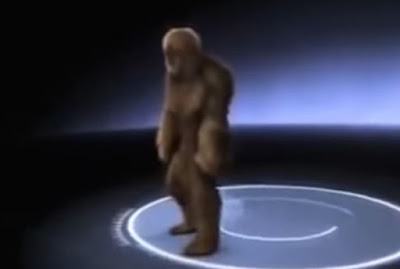 From the Documentary, Movies, and More channel on youtube:

Bigfoot (also known as Sasquatch) is the name given to a mythological simian, ape-, or hominid-like creature that is said to inhabit forests, mainly in the Pacific Northwest. In North American folklore, Bigfoot is usually described as a large, hairy, bipedal humanoid. The term sasquatch is an Anglicized derivative of the Halkomelem word sásq'ets

Scientists discount the existence of Bigfoot and consider it to be a combination of folklore, misidentification, and hoax,[6] rather than a living animal, because of the lack of physical evidence and the large numbers of creatures that would be necessary to maintain a breeding population. Occasional new reports of sightings sustain a small group of self-described investigators.Most reports of sightings are attributed to being various animals, particularly black bears.