Campsite Encounter With A Sasquatch 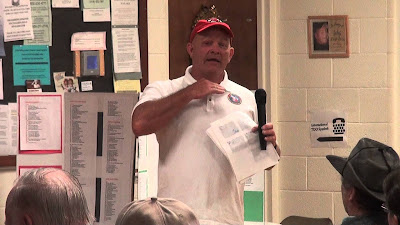 Tonight I speak with Randy Harrington. Randy Harrington had one of the best, close up encounters you’ll ever hear. After setting up a fake camp site to attract Bigfoot, Harrington hid in his truck. When the creatures stepped out of the woods and approached the site, it decided to check out the vehicle, where Harrington was hiding with his video camera and a handgun. He said he heard and saw the creatures rummaging through stuff in the back of the truck.