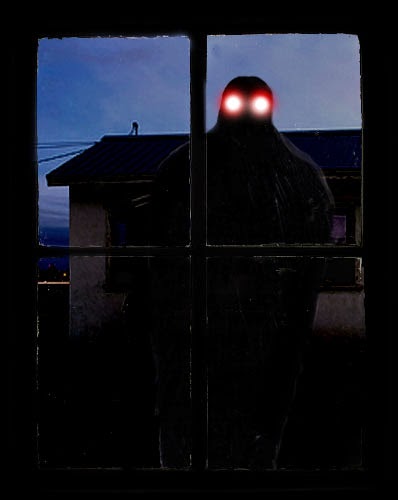 A Federal Government employee in Mississippi claims she witnessed a mothman type creature outside her window during a thunderstorm. The power had been out due to the storm, and the woman was alerted by the sounds of neighborhood dogs barking.

As the barking continued, Marie reportedly walked to the window to find out the source of the noise.

“I could not see anything. I went back to the couch and to lie down. As I was attempting to rest, I literally saw and felt a shadow cover the window that was blacker than the black inside and outside the house. It startled me so badly that I immediately grabbed for the flashlight convinced that someone was standing outside the window peering in at me. Nothing. Now, it could not have been a neighbor since the nearest one is at least two acres away and no one else in the house was up. I verified that. It was a shadow that covered the window that was darker than the dark. we are in a small rural community. No one is out walking at night. No street lights. I immediately became fearful, my heart racing… I knew something was out there.”

The creature, the federal employee states, was “large and could fly”. She says she believes it was a Mothman-like creature known by the locals as the Swift Peter.