These Prints Are From Auburn California, And The Story Behind Is Spooky 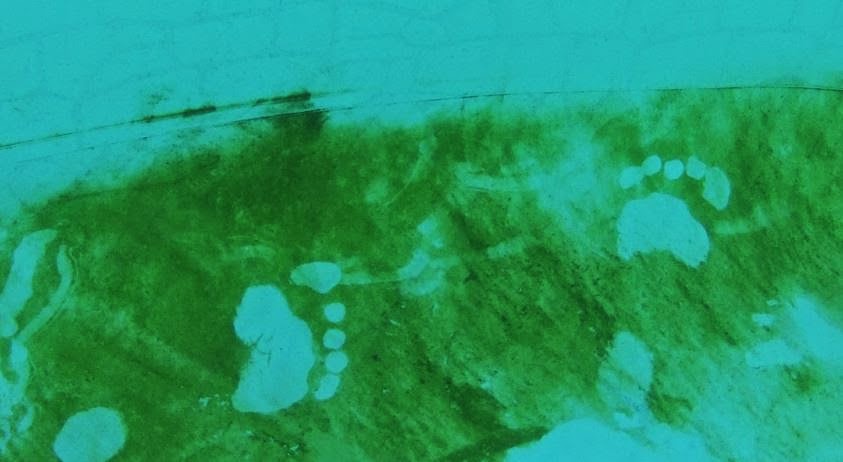 The Paranormal Review just got a brand new video to breakdown. This video supposedly shows a 12" footprint walking all over the bottom of a pool in Auburn, California. According to the pool's owner, John Peterson, he also found a "long greyish brown hair" in the filter. Here's the full story and the breakdown video:

This video was sent to us by a man named John Peterson.

He says he was out of town for a couple weeks and when he got back his pool was a mess. According to John there was algae growth all over the bottom of the pool. When he got in to vacuum the pool he found these footprints. At first he just assumed that someone had taken a swim in his pool when he was out of town. Which was irritating but he didn't think to much of it other than not wanting to be liable for someone drowning when he was gone.

But when he went to turn on the filter to run the vacuum he found a bunch of grey and brown hair in the filter. This is when he realized that whatever was in his pool was hairy.

We asked John if it is possible that a dog is the cause of the hair in the filter and that maybe a person got in at a separate time as a dog, or if the person might have brought a dog to swim in his pool. John says that he doesn't have any dogs with long hair, and that it is a dough boy above the ground pool so though it is possible it would be very inconvenient to bring a dog into the pool as there would be no way for the dog to get out except for the person lifting it out.

We asked John if he has seen a bigfoot or sasquatch near his house before and he says he hasn't really ever believed in bigfoot. But he says that the feet after a second observation were fairly large in comparison with his size 12 feet, and that he doesn't know what else it could be when you add the hair into the equation.

Is this evidence that a bigfoot or sasquatch has been bathing in John's pool? or is there another explanation?

He quickly jumped out of the pool got his gopro and proceeded to film and take pictures of the best ones.