It's Official: Todd Standing Will Be Les Stroud's Bigfoot Guide 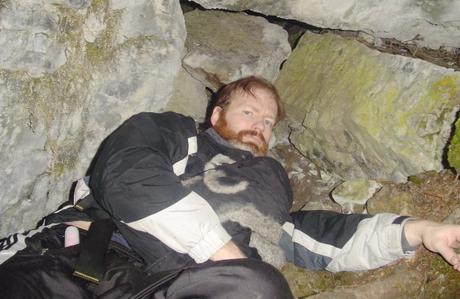 It's confirmed! Todd Standing is finally joining forces with Survivorman, Les Stroud. It was just merely an idea on the Joe Rogan show last year when Les expressed interest in hunting for Bigfoot, and now a reality. With Standing's superior knowledge of sasquatch territorial behavior, and Les Stroud's survival skills, our hunch is that the team will probably go deeper into the forest farther than any researcher will ever go. Two years ago, Standing, while hunting for Sasquatch deep in the rugged back country of the Kootenays (where, he claimed he was about to infiltrate a "Bigfoot domicile"), his plans were ruined after a grizzly bear encounter forced him to radio for rescue. Fortunately for standing, this time he no longer has to go into to woods alone since he will have Survivorman by his side. According to Metro News, Standing and Les are planning expeditions in 3 hot zones, including an area in northern Montana where Standing recently had an encounter. Here's what Standing told Metro News Canada:

“It’s been a hard sell on his behalf, but it’s all greenlit and we’re going to get it done,” said Standing, who claims he’s come within 65 metres of Bigfoot-like creatures and has devoted his life to validating claims the species exists.
[...]
Standing said the key will be for him to get the attention of the primates, who he said are dominant and keep track of all their intruders into their areas, and then draw them back to Stroud.

“I want him to come out of there saying ‘Bigfoot is real, and this guy is really studying and researching them,’ ” Standing said.