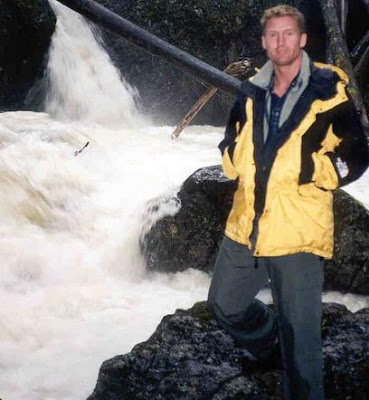 Editor's Note: This is a guest post by Tyler Huggins. He has been researching Sasquatch since his first encounter in 1991. Colleagues know him as someone who has the utmost regard for scientific methods and critical thinking and who approaches his work with uncommon (and not always appreciated) skepticism, objectivity and candor. Inquisitive open-mindedness and resourceful persistence have garnered the evidence and experience he has accumulated to date. Highly valuing competency, he is currently working with one of the most reputable forensic DNA labs in North America to analyze tissue allegedly from the “Sierra Kills” casualty, and sees this effort as another straw on the unyielding back of public and scientific ignorance.

If you are reading this, you are without doubt familiar with the Sierra Kills incident and its recounting by one Justin Smeja. For that reason, I will not get into recapping the entire encounter, but as one of the first investigators to interview Smeja, I would like to touch upon some of the features and characteristics of this encounter that I found to be compelling (even before I encountered the physical evidence) and then delineate the potential conclusions it leads us to. None of the conclusions are really plausible, but hopefully one of them will stand out as less implausible than others. To bend a well-known phrase “Once you eliminate the most implausible, whatever remains, no matter how improbable, is likely the truth.”


To me, an examination of the facts left me with the impression that the possibility that these witnesses telling the truth was greater than the possibility for the other conclusions. That was before I ever saw or came to be in possession of any physical evidence (either circumstantial or direct.) My hope is that our ongoing examination of the physical evidence will eventually completely negate the need to try to decide whether Justin is telling the truth or not. But in the meantime, I feel quite strongly that the preponderance of evidence supports the credibility of his claims.