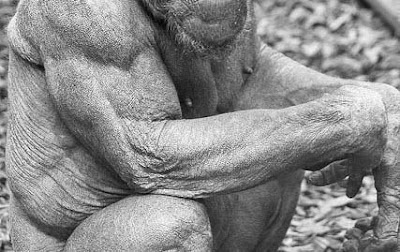 When I last talked about Sasquatch, I spoke of the physical attributes that many witnesses describe this possible hominoid as having. The descriptions of superhuman strength, power, and speed must be traits that have enabled Sasquatch to survive in the wilderness of North America. Let’s stop for a moment and think about how exactly Sasquatch could have gained these genetic traits and why if he exists they have evolved into the jaw dropping behemoth many describe.

To help us understand the alleged physical attributes that the creature known as Sasquatch is purported to have, we have to look no further than modern primates. These primates exhibit raw power and can show us a possible preview of the physical body of Sasquatch as well as how this creature may be able to achieve the attributes witnesses often describe.

Mammals have a gene (MYH16) that encodes a protein called myosin which is best known for its role in muscle contraction and its involvement in the movement of a wide range of other cells. This protein is primarily found in primates and is found in the two particular muscles of the jaw, the temporalis and masseter muscles.

A very important aspect of this protein is that a lack of MYH16 will lead to the development of smaller muscles. Now If Sasquatch has the Behemoth bulk that some have seen in their sightings, then from a biological stand point the creature’s levels of this MYH16 protein must be higher than the amount found in known living primates. This might explain the creature’s muscular attributes and super human strength. 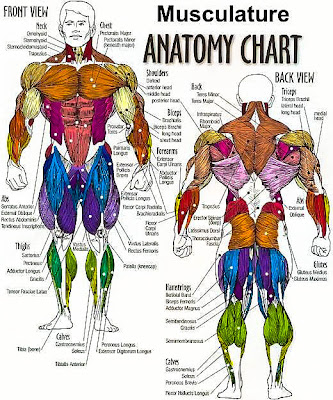 If Sasquatch is indeed another species of hominid, yet more closely related to Homo sapiens, then its tendons and skeletal muscles must exert this unnatural raw power that can possibly be off the charts.

The most fascinating thing I found while doing my research to write this article is in humans the MYH16 protein has mutated and has created a big structural genomic difference between humans and apes. This mutation, some scientists believe, could have caused the enlargement in human brain size. Through evolution primates developed stronger muscles than humans, but our brains grew. 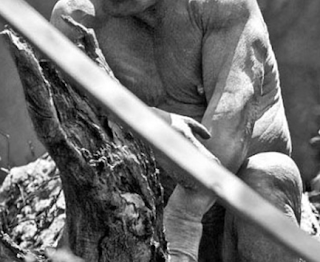 So for us to understand these attributes and if we think Sasquatch possesses what I call the physical and feral brain, then we can make a hypostasis based on genetic and evolutionary principles that “with larger muscles you get smaller brains”. I would like to clarify that this theory could be 100% wrong due to the fact that we do not have a body to actually study Sasquatch’s muscular and skeletal frame.

Now unless Sasquatch is a one of a kind anomaly and its mutations could be caused by a possibly small population and inbreeding, then this hominoid would be amazing to study.

Some might be wondering how much a primate can lift, but unfortunately there are no known studies answering this question. Some scientists believe that it is between 4 to 8 times stronger than man. Other scientists say it could be up to 20 times more than man basing this on the upper body structure. Some scientists even think that gorillas could lift up to two tons above their heads. So imagine if Sasquatch does exist how many tons they might be capable of lifting. 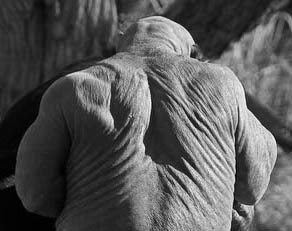 Now Sasquatch is reported to be between 6 and 9 feet tall and some say further north in Canada they can grow up to 9 or 12 feet. In primates, even if they are typically smaller than humans, some species have a robust skeletal frame (see figure below). Primate tendons must work more efficiently than human tendons to be able to handle the weight of the skeletal frame and the power of these animals. Their larger muscle mass requires more energy and force to operate with their physical and primal brains in their environments. 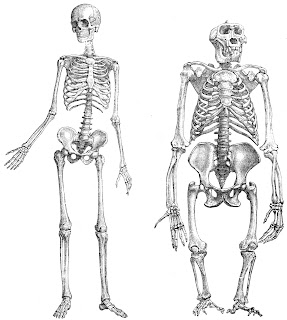 Tendons are made up of fibrils; these fibers are a collagen protein and give both strength and elasticity. Tendons and muscles work together in a structure called the myotendinous, a remarkable structure that has a high concentration of proteins. These concentrations are similar where motor nerves stimulate muscle activity.

In primates, the physical prowess they demonstrate is a combination of how the tendons are connected to the bones and how the skeletal muscles traverse the many joints of their bodies, which differs from humans. These physiological structures help them to generate the raw power and strength many primates need. This is the reason why apes, although smaller, are stronger than humans.

We cannot know for sure the physical form, strength, and muscular power of a Sasquatch, but once again our relatives from the past in the hominid tree can give us insight into a creature that is a misfit of evolution. Sasquatch has genetic traits that to us may seem wondrous, but are traits that we once in our own evolution possessed.

So once again, I look at Sasquatch with eyes of imagination with known biological and scientific studies of human and ape physiology. I know that there are primatologists, biologists, and scientists who are better qualified than me to find a connection with Sasquatch on such a theory, but I hope my enthusiastic view on this subject can inspire others in these fields to see if these creatures truly exist. If they do, what a great scientific find it would be.