Cliff Barackman: "London footprints are the most significant footprint find in the last 40 years" [Bigfoot Tracks]

When we first learned about the London, Oregon Bigfoot footprints from BigfootLunchClub.com the other day, we knew Cliff Barackman and his team of Bigfooters were onto something big.

On February 14th, Cliff Barackman received a phone call from man named Toby Johnson about footprints he found near a logging road outside of town. When Cliff arrived at the scene the following day, he was staggered to find 122 footprints with a track line estimated to be about 120 yards in length.

"I was stunned by what I saw. There was a long line of footprints impressed into the silty shoreline of a lake," Cliff wrote on his blog today.

According to Cliff, the footprints are probably the most significant finding in the last 40 years:

[...] I think it's safe to say that the London Footprints are the most significant footprint find in the last 40 years. They certainly represent the largest collection of data ever retrieved from any single bigfoot site, ever. To my knowledge, over 100 footprints were cast representing two individuals, at least three videos were taken, scores of photographs, and dozens of measurements were obtained. All of this will take some time to be collected put together, and in the meantime I have to hit the road for a while to film a TV show. Please be patient with me regarding this most important event. All of my information will be made public in time.


Some Bigfooters involved in the casting of the footprints were Thom Powell, Guy Edwards and Autumn Williams. "Autumn found some large impressions coming down an embankment on the other side of the nearby road leading to the place where the larger individual was standing. These impressions discovered by Autumn matched the size and shape of the larger prints, but lacked any detail, such as toe imprints," said Cliff.

Dr. Jeff Meldrum was also contacted and agreed to assist in writing up a report as soon as Cliff returns from filming season three of Finding Bigfoot.

For now, allow me to leave you with this thought... To my knowledge, over 12 bigfooters and several laymen were involved in this event to varying degrees. Those bigfooters represent a wide array of perspectives on the nature of sasquatches, from the "ape" camp to the "human" camp, and from "flesh and blood" to the "paranormal." This event would not be what it is today without all of them, despite our diverse perspectives. Disagreeing on the nature of the phenomenon did not, and should not, preclude working together for the greater good and increased understanding of these amazing creatures. I hope that beside the knowledge that is gained from this unique and important event, it stands as a symbol of what can be accomplished if we, the bigfoot community, put down our perceived differences and work collaboratively for the greater good of the species, rather than continuing the posturing and infighting that so often pollutes our dialogue. 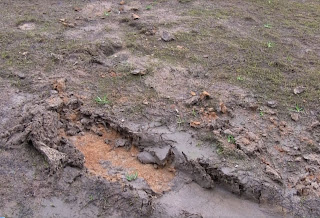 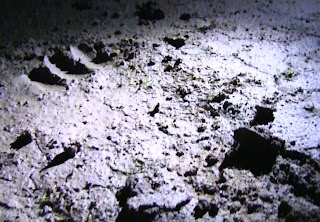 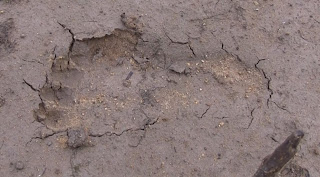