Why Can't We Find Bigfoot? 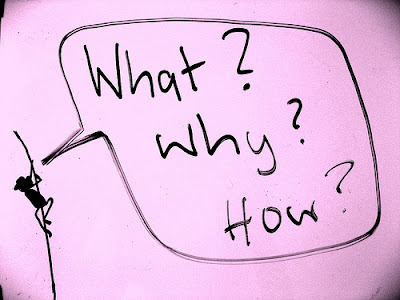 The new season of Animal Planet's Finding Bigfoot will be airing tonight and many of our new readers will definitely have some questions about Bigfoot. Sadly, due to the format of the show, many important questions will be left unanswered. Some common questions are:


Lucky for us, these questions have been talked about many times before and one expert has an article addressing each of these questions. Ron Coffey is a veteran Cryptozoologist with nearly forty years experience in the field. He has researched cryptid sightings all across the United States and Northern Europe. He is considered the foremost authority on Bigfoot.

Here are his answers to the above questions:

Why has a Bigfoot body never been found?

One common question is: “If we can not find any bodies that is the result of a natural death, why hasn’t a hunter shot one”? They always follow this question with a remark like, “The woods are full of hunters.”

Firstly, hunters actually have a very limited number of mammals and fowl, that they can legally hunt. These limits on variety, coupled with fairly short hunting seasons, mean, that as a rule, there is a only a very small amount of time when hunters are actually in the woods. Thus a very small window of opportunity, if the hunter was so inclined, for harvesting a cryptid.

In reality, a very small percentage of the total population even are hunters, In almost every state there are literally thousands and thousands of acres of hunting lands, some are so remote that humans seldom even venture into these area. Using the term “The woods are full of hunters” is a terribly inaccurate statement. This vast expanse of hunting lands added to a small population of hunters further decreases the odds of a hunter ever encountering a cryptid.

Why has one never been killed by a hunter?

Another reason that no hunters are known to have killed a cryptid is due to the fact that most true hunters are always very conscious of safety and decency toward other living things and would never fire a shot at an unidentified target, which they would most likely only got a glimpse of anyway, or risk making an inaccurate shot that would only wound the animal.

On the very rare occasions when a hunter has reportedly encountered a Bigfoot, they always state they did not use their guns due to the fact that it looked “just too human.” All true hunters are also very aware of various game laws and they strive to follow these regulations. Few hunters are willing to risk the penalties associated with killing a possibly protected species.

Why have none been killed by automobiles?

People have asked “Why do we not have any road kill cryptids”? The answer to that question is that these creatures are thought to be too intelligent to place themselves in a situation where they would be struck by a motor vehicle.

Many witnesses report seeing strange animals on or near the roadway, but there are very few reports of any near-misses with their vehicles. Unlike most known animals, cryptids seem to understand the fact that they need to allow the vehicle to pass before crossing the road.

What other factors are involved in finding Bigfoot remains?

Other odds-reducing factors that contribute to the unlikelihood of discovering physical remains are related to cryptid behavior: A nomadic lifestyle, nocturnal travel and feeding, intelligent behavior, the tendency to remain in dense cover, a tendency to avoid areas where humans are likely to be encountered, the absence of aggressive behavior, in most cryptids, towards humans. And the apparent habit of, at least temporary, abandoning a habitat when humans do intrude.

At least for now, the likelihood of collecting any physical cryptid remains is a very remote possibility. However this does not lesson the odds of a chance encounter with one of these mysterious beings.