Is it scientifically possible for Bigfoot to exist? [Reddit] 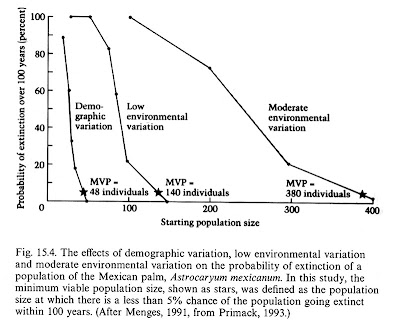 Once in a while it's nice to see Reddit.com get involved in the discussion of Bigfoot. Here's one post we found that was right up our alley.


"I know there are thousands of theories out there on the subject, but how is it possible that such a big creatures has never been killed or captured that we know of? Is it possible that primates evolved into such an elusive creature?" -  jpircy8022


There was a pretty good discussion about this. Read below. (We caution that you not even try to pronounce their usernames)


Its always possible but as a species they needs a larger base for its survival. There have to be more of them, to not genetically degenerate. As these would be big animals, larger groups leave more evidence. Thus is very very unlikely we have not spotted any of the big food 'herd'.


good point. I know there are numerous programs out there that offer "proof" of bigfoot but some are very easily dismissed as false, but some give some valid point to counteract the idea that they do not exist. Are any of these points valid enough to perhaps suggest that they once existed?


All it would require is a large mountain ape...


There is a tenet of biology known as the "Rule of 50", which basically says that for a species to be able to survive in the wild, you need at least 50 randomly breeding individuals in order to maintain sufficient genetic variability. If the population drops below that, then there simply won't be enough individuals left to breed, nor enough genetic variability among the surviving individuals, to enable the species to survive big events.

So, if bigfoot does exist (and I really do want him to exist!!), it means that there would have to be a breeding population of at least 50 of them existing out in the wild. It really sucks to have to say this, but if there were at least 50 examples of an animal that big living in the wild, it is highly, highly unlikely that we wouldn't have found a carcass, bones, fur, direct video evidence (that ISN'T a hoax), or some other direct piece of evidence by now. So, if they do exist, then it means that they are actively making an effort to conceal their existence from us. And if they have the intelligence to do so, it means that it is only a matter of time before we have to kneel before our Sasquatch overlords (only that last sentence was a joke!!)