A Question About The "Nephilim/Bigfoot" Theory 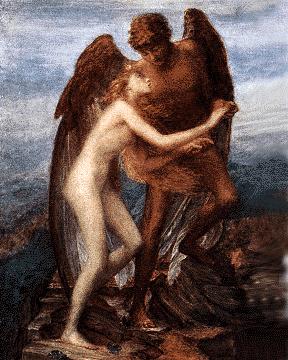 Editor’s Note: Dr. Matthew A. Johnson is one of the most credible people in the Bigfoot world. In July 1, 2000, Dr. Johnson had a "Class A" Bigfoot encounter with his family while hiking near the Oregon Caves. After his life changing sighting, he went to the public and described one of the most intense encounters ever. You can join him on Facebook at Team Squatchin USA.

There are many theories circulating around in the Kingdom of Bigfootdom. The predominant theory is that the Bigfoot are descendants of "Gigantopithecus" which they have a fossil record for in China (i.e., Essentially, a partial jawbone and one tooth).

HERE'S MY QUESTION AND I WOULD REALLY LOVE TO HEAR YOUR ANSWERS:

If the Bigfoot are really the "Nephilim" mentioned in the Old Testament (i.e., Children of Fallen Angels and Female Humans), wouldn't that actually mean that all of God's Angels are really Apes with wings in order to create a sentient-being who appears to be half-man and half-ape?

I'm confused???!!! What's your THEORY about who the Bigfoot are? 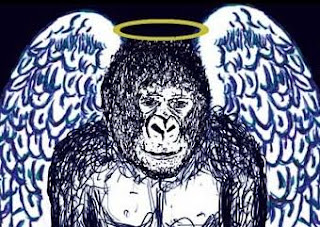