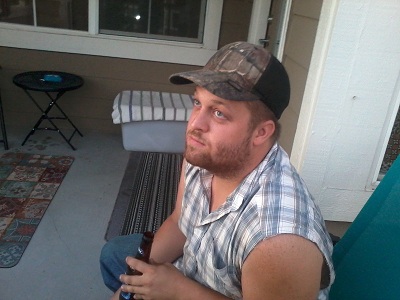 Justin Smeja is the person who claims he shot two Bigfoots in the Sierras in October 2010. He recovered a tissue samples 5 weeks after the shooting. Unsure about the tissue's origin, Smeja sent it to multiple DNA labs for testing. After months of testing, the lab results have finally been released and it shows "bear" as the major contributor of nuclear and mitochondrial DNA. Here is Smeja's response posted on the Team Tazer Facebook group moments ago:

Thank you all who have followed my story the past 2 years. "Its been a fun one". I receive many emails from you all each week and will say 95 percent are positive and for that I thank you. I have met a lot of great people and we have had some good times.

I am relieved that now you all know the truth about the sample recovered in the Sierras on November 10th 2010. I was giving false confidence in that sample just like the rest of you. To be totally honest I've been kind of excited about this release knowing the truth can't hurt.

I can assure you with only my word this changes nothing about what happened on the eighth day of October in 2010.

For now I'll spare you the lengthy details. I will have plenty to say in the next few days when I do a release of my own.

Forgive me if I dont go on the defensive or worry about damage control. Truthfully I don't feel like I'm the one who owes you all an explanation for the results released today.

People in this circle have said things in private and done things behind closed doors that they will have to be held accountable for very soon.

Yall seem to be a lot more worked up about all this then I am. Trust me I'm resting easy, I feel sure I'm living with character. I've done all I can do for now to bring you the truth about this incident. I'll look forward to sharing more with you soon. - Justin Smeja