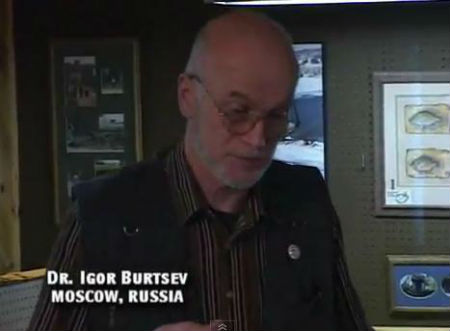 This just in: The Ketchum paper has been rejected by peer review journals in the U.S. Before we give you the details, here's a statement from Steven Streufert of Coalition for Reason, Science, Sanity in Bigfoot Research:

It is official, then: The Ketchum paper was REJECTED and FAILED PEER REVIEW.

No conspiracy theory can change what this means: their science is NOT sound. It failed.


At 3AM PST this morning, Igor Burtsev, the Russian scientist who originally leaked the Bigfoot DNA results posted this shocking message informing the public that Dr. Melba Ketchum's Bigfoot DNA paper has been rejected and that it will now be sent to a Russian review journal instead:

Yes, the paper of Dr Ketchum is under reviewing. And it is worth to be published. Just the situation now remindes me the war between North and South in the beginning of USA history... There are a lot of her supporters as well as a lot of her opponents and even some enemies...

The problem is that some people absolutize the science. Unfortunately science now is too conservative. One third of the population of the USA believes in BFs existing, but academic science even does not want to recognize the problem of their existing or not, just rejecting to dicuss this question. In such a condition this subject is under discussion of the broad public. We can't wait decades when scientists start to study this problem, forest people need to be protect now, not after half a sentury, when science wakes up.

Re the paper: the reviewed journals in the US refused to publish the paper. That is why Dr Ketchum has sent it to me to arrange publishing in any Russian reviewd journal. And I showed to our genetisits and understood that it was a serious work. I gave it up to the journal, now it's under reviewing.

Anyway, I informed public about the results of the study. The public waited for this info for more than a year, a lot of rumors were spreading around. And the public has the right to know it nevertheless "science" says about it.