Breaking: Loren Coleman Confirms at Cryptopalooza That his Museum now Owns the Display Body of The Minnesota Iceman! 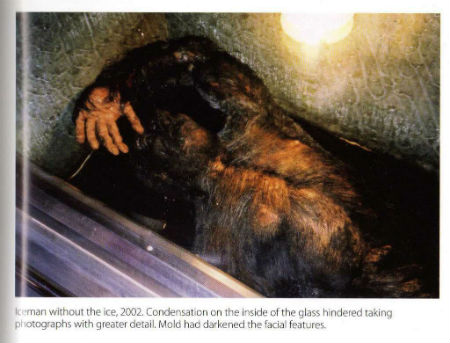 Lupe Mendoza, one of the admins at Team Tazer Bigfoot Fan page, reported that Loren Coleman while speaking to the public attendees at the Crypotpalooza event this weekend, he confirmed that his museum now owns the display body of the Minnesota Iceman. Both the supposed original body incased in ice and the purported duplicate for display have been missing for years and have not been seen since the late 70’s.

What was not directly confirmed if this is actually the frozen display body or a possible duplicated created by the original owner promoter and exhibitor Frank, who travel around the country to display the supposed frozen creature.

Per Wikipedia: "Promoter and exhibitor Frank Hansen claimed the Minnesota Iceman was discovered in the region of Siberia and that he was acting as its caretaker for an absentee owner he described as an "eccentric California millionaire". Touring carnivals and fairs with the exhibit, Hansen was once reportedly detained by Canadian customs officials, who were concerned he was transporting a cadaver.

While searching for evidence of Bigfoot in 1968, cryptozoologists Ivan Sanderson and Bernard Heuvelmans, reportedly examined the Iceman in Hansen's house trailer in Minnesota, and concluded it was a genuine creature, saying they found "putrefaction where some of the flesh had been exposed from the melted ice." 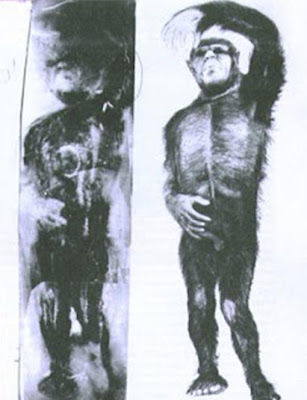