From Our Forum: Is Dr. Ketchum Part Of A Government Cover-up? 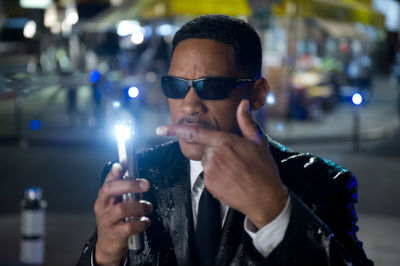 If Dr. Melba Ketchum ever decides to drop her Bigfoot DNA study and disappear, the conspiracy theories will surely follow. The recent fallout between Dr. Ketchum and publicist Sally Ramey has left some to wonder if the government had anything to do with it. The following was posted on the Bigfoot Evidence forum by member Tzieth. The thread ponders whether Ketchum may have gotten too close to proving the existence of Bigfoot and if the government is paying her to undo the discovery. There are a number of reasons why the government would want to cover-up the existence of Bigfoot, including the protection of the logging industry and religion.

This is simply thinking outside the box so no need for believers and skeptics to get overly technical. This is something we can simply speculate about.

What if Melba Kethcum suddenly became Government funded and was forced to remove people?

First off, why would there be a Sasquatch Conspiracy? A Bio-weapon that got out of hand? A Secret Soldier program that created both Dog-Man and Sasquatch? lol While entertaining, that is a topic for an entirely differnt thread. How about our already screwed up economy?

We are not in good shape right now. We are weary to drill in Alaska because it "might" effect the mating habits of the Alaskan Caribu and upset the fragile eco-system because every American enjoys spending nearly $5 a gallon for gasoline... But I digress.

The logging industry is heavily affected by the spotted Owl. When I was in the Army while at JRTC, we were not allowed full access to our own training ground because of some rare pecker-wood... oops, i meant Wood-Pecker. At one point while doing a road construction mission that should have only been a two week deployment for a five mile stretch of road, we were down there for a few months because the five mile stretch of road became a 20 mile stretch as we had to divert wayyyyy out of our way to get from point A to point B. Though Point-A was five miles from point-B, in the middle were a bunch of plants that some endangered bat flies all the way from Mexico to eat.

Now you add in one or more Human cousins to the mix, then what? EVERY single resource we have is in jeopardy! Logging, Drilling, Mining, Agriculture, Construction as well as production such as oil refineries and paper mills, steel plants and all the factories dependent on Logging, Drilling, Mining and Agriculture. We would have two choices. 1) Stop giving a rats ass about wildlife or 2) Watch our Country regress to third world status. (Same for Canada.)

So it's likely that IF the Governments of the United States and Canada are aware of Sasquatch, it would be in their best interest to cover it up.

So why all of the sudden would they fund Melba? Easy answer would be because of Oxford.

If the Oxfords study comes out first and they declare that Sasquatch is a relict hominid or multiple relict hominids, then that blows the cover. England does not have Sasquatch reports.. Well they have "reports" along with werewolves and big cats, and crop circles but unlike the U.S. and Canada, they do not have any physical evidence backing up the reports. Nor does most of Western Europe. Sasquatch being discovered does not hurt them in any way.

But if discovered and known to be from the U.S. and Canada and if they are a type of Homo-genus, then in the eyes of the world we are committing some sort of atrocity. World opinion as well as the U.N. would be against us and this could lead to war.

But it is not as if we could sweep them under the rug as we have with our purposeful attempts to commit genocide of our Native Inhabitants. (U.S. not sure about Canada.). In this age, information spreads fast.

So why fund Melba?... Because it puts the ball in their (The Government's)court. If Melba's paper comes back first. (And if this is the case it will and with great speed) Then they (The U.S. Government) calls the shots. They decide where the specimens came from and where they did not. ie; "They all came from Skamania County,Washington... Do you understand Melba?". Then Oxford may either drop the study all together or change it to Yeti, Yeran, Alma and Oreng-Pendeck to see how many Homo-Hominids there are.