Understanding Sasquatch and His Four Senses

In many of the encounters with Sasquatch, many have been caught off guard by the creature’s presence or did not even know he was there, until they review a video they had taken or notice a strange figure in a photo taken of a family member. If you remember the Alaska episode of Only America with Larry the Cable Guy, YouTube user Bigfootinvestigation spotted a strange figure lurking in the background while Larry is shown quartering a moose with Palmer Alaska football team players. The amazing part about this is, over 30 people were present and no one notices the dark figure slowly observing the event. So how is Sasquatch able to sense us in his natural habitat?

First of all let’s start with what some will call natural attunement, in which an animal becomes one with its surrounding or niche. This is a potent and deadly trait, just like predator’s humans can also attain this attunement which in our primal beginnings we were masters of. Many people around the world can and do survive in the harsh backdrop of a wild forest or wilderness, living their lives by feeding on the natural resources.

These people through many years of surviving in these places have become aware of how exactly their surroundings work and how to thrive in it. They know what to eat and not to eat; they understand the subtle changes and sounds in their environment to a point that it could seem magical. If Sasquatch has been surviving in its own specific environment for thousands of years, then it would make sense the creature is well attuned to its habitat and the stimuli that disrupt its territory on many occasions. 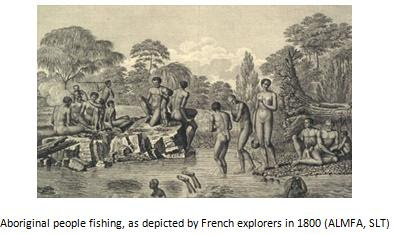 Sasquatch senses may work way more efficient than ours, but it would make sense that they have been enhanced genetically as it evolved due to its environment. Maybe some very particular senses in Sasquatch are dominant traits which either are genetic or heighten by the environment they live in.

Below are examples of what could possibly be the main senses that Sasquatch needs to detect us very easily in its habitat.

Sound waves are one of the most prolific sources for an animal to understand what is going on in a habitat that sometimes very difficult to see what’s around you. The pinnae (external ears) help localize sound by gathering more of it and by blocking sound from some directions. This causes, specifically in humans for us to turn our heads towards the direction we think the sound is coming from because we hear much better at what we are looking at. Unfortunately we humans are not good at pin pointing sounds behind us and even worst, sounds that are above us. Humans can generally hear sounds that range from approximately 20 to 20,000 Hz (vibrations per second). 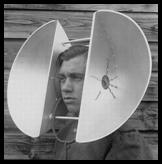 Could it be that Sasquatch has evolved super hearing or because it has lived so long in the wilderness of North America its hearing has adapted so it can hear sounds at high or low frequencies and pint point them from any direction.

If Sasquatch hunts and lives in an environment where having a keen sense of smell would be an advantage, it could probably smell us from a very far distance just like many of the critters of the forest. It would use this advantage not only to invade us but to know exactly the direction we are coming from.

In prior post we talked about a specific type of night vision is only common in two known primates. Night vision is what causes the reflected light that we see in the eyes of animals with this adaptation. To be more precise, a membrane (Tapetum lucidum) in the back layers of the eye reflects more light into the eye from the initial light source, giving the animal the ability to see at night. Know I could be 100% wrong about Sasquatch having this ability, but it can make you wonder if two species that are hominids have it why not Sasquatch. 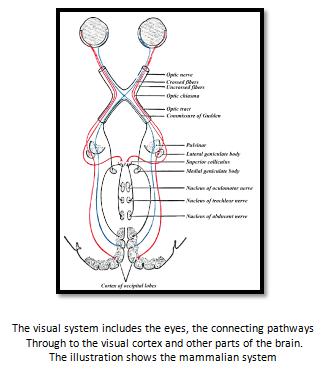 If he does or may not, could it be a different adaptation, we humans In fact could have the best the vision of any animal, why? Many animals have special types of vision, for example, eagles have extremely sharp vision, but lack color. We humans have every single type of vision. Our cones in our eye, see color, eagles' cones aren't as adapted as ours. We can detect around 10 million colors and focus from Miles/km to inches in less than half a second, we have around 180 degrees of vision, even our vision is sharper than a camera, we can see detail in a bright light, or even during night time.

Our brains record images at around 30 frames a second…give or take a few frames and some people can even notice flickers of 1/200th of a second. Like many other adaptations caused by the animal’s environment at a genetic level, vision comes is a variety of forms, eagles may have sharper vision, but humans... we have it all!

If Sasquatch has developed incredible sight, then it could explain another adaption in its favor and the possible reason he can evade us so easily. Sasquatch has been caught off guard at times but other more extreme factors that conflicted with its senses may have been the reason for the slip up.

One particular touch sense that like always would seem fantastical is skin and hair. Yet hairs in animals can sense subtle movements in air, these movements in hair shafts are detected by nerve receptors in the skin and by hair follicle receptors through displacement and vibration of hair shafts. In humans hair have a particular purpose like eyebrows and eyelashes help protect the eyes from, dust, dirt and sweat.

But what if in Sasquatch hair can sense more than just the vibrations cause by the movement of the hair because of wind or passing close to and object, what if he can sense the vibrations cause by your footsteps or other sounds we humans tend to make and we are usually are very noisy in the woods. We can tell this just by how quiet the animals in the forest usually become, well the ones that are usually food for predators. As we walk into the woods all the critters become aware… Does Sasquatch do the same when he feels our presence? 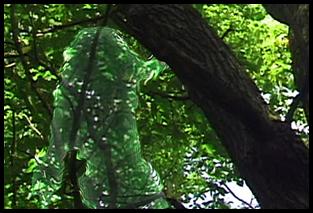 Now it would be ridiculous to think that these senses are super human, but if Sasquatch is real, is more of a combination of them which makes these creatures so great at perceiving us in their habitats. Combine this with a high level of intelligence and adaption and you will have a creature capable of ninja like abilities. If we ever want to truly understand such an amazing creature we need to go out in to the wilderness and spend something within it, so we can become once again attuned to our primal selves and maybe get a better understanding of why Sasquatch is capable of sensing us and always seems to have the upper hand in a world we once ourselves called home.