Tonight at 10pm: Listen To "Bigfoot & The Fouke Monster" on Coast To Coast AM Radio (Updated: Listen on YouTube) 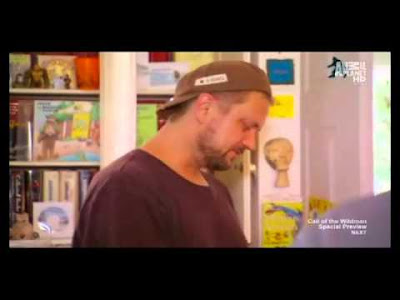 Tonight on Coast to Coast AM radio with George Noory, Mr. Bigfootbooks himself, Steven Streufert will be on the show talking about the Patterson film and current Bigfoot news (think London Bigfoot tracks).

Our local station here in Sacramento will be broadcasting Coast to Coast AM at 10pm PST. Click here to listen.


In the middle two hours, scholar of Bigfoot history, Steven Streufert, will share both the history of the creature, including the Patterson film, as well as current reports of sightings around the country. In the last hour, cryptozoology advisor to Rue Morgue magazine, Lyle Blackburn, will discuss reports of a strange beast known as the Fouke Monster that have circulated among the locals in southern Arkansas.


[Update] You can listen to the show on YouTube. Skip to 39 minutes for the Bigfoot segment: