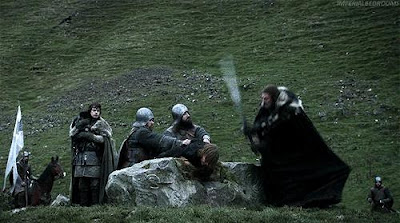 We're not sure what ticked him off so bad that Matt Moneymaker would block a guy just for asking a simple question. As a celebrity and one of the strongest personalities on TV, he probably gets a lot of annoying messages from people on Twitter. We have to confess-- Matt has banned us before, but his Grace was kind enough to let us back into his kingdom after relaying a few messages back and forth. (Ermm.. we love you Matt-- biggest fan here).

This guy named Charles Bauer who goes by @RentCollector on Twitter must have said something really, really bad. Unless you talk a lot of smack about him, Moneymaker doesn't generally go for the broadsword right away. When he does decide to cut you off, it's swift and you won't even know it until you tried sending him a message and you're prompted with a message telling you that you've been blocked by Matt Moneymaker.

So, we wonder what this guy did to deserve such punishment. Looking back at RentCollector's Twitter log, it's seems to us that Moneymaker doesn't like people asking too many questions, especially if it's about the Sierra Kills. 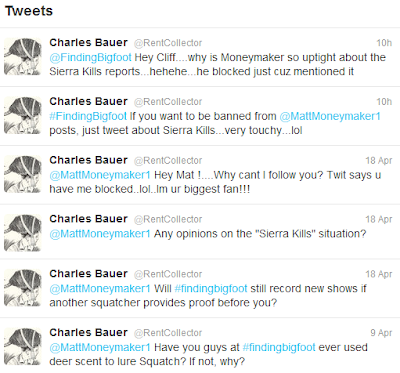