History can and will repeat itself: Will the Ketchum DNA Study show the world the proof of Sasquatch? 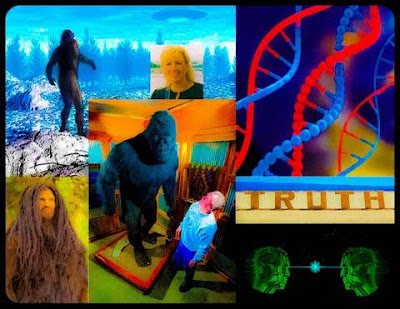 In 2006, Hwang Woo-suk, just like Melba Ketchum a veterinarian, as well as also being a stem cell researcher was charged with bioethics law violations. He initially became famous because two of his research papers were published in the journal “Science” in 2004 and 2005. Dr. Woo-Suk’s research claimed that he had successfully created human embryonic stem cells by cloning. Turns out that the specific stem cell research he purported to have made achievements was totally fabricated, with false information (in basic term, a hoax). Additionally, at the same time that his claims were found to be manufactured, he was also charged with embezzlement.

In his early years as a researcher, Dr. Woo-suk also claimed the cloning of a series of cows; he was never able to prove his experiments empirically by showing factual scientific verifiable data as proof of the process of how he was able to achieve the cloning. His work was seen by many just as ambiguous as the DNA research of Dr. Ketchum today who is currently making claims that the DNA will prove Bigfoot.

In February 2004, Hwang’s team announced that they had successfully created an embryonic stem cell with the somatic cell nuclear transfer method; this paper was published in the March 12 issue of Science. Hwang had established himself as an expert in animal cloning and secured celebrity status in South Korea by the late 90s. His alleged sudden success was surprising because it was the first reported success in human somatic cell cloning. Until Hwang's claim, it was agreed by many respected scientist that because of the complexity of primates, creating a human stem cell by cloning was next to impossible.

It is interesting that many believe that a scientist could try to create false information to have a paper published and at the same time believe whole heartily that a DNA study cannot be tainted by the players involved. Mind you, I am not saying that this is the case with the Ketchum DNA study, but it seems rather interesting that some parallels can be drawn between the Woo-suk incident in stem cell research and Dr. Ketchum’s DNA Study. For one, we have a study shrouded in secrecy, with its results not confirmed by any reputable journal. Two, just like Dr. Woo-suk and his stem cell findings, Dr. Ketchum appears to be making wild claims. She, like Woo-suk, has also not provided any type of scientific verifiable data to empirically show the progress of her findings, nor has the study been confirmed to be factual by any reputable scientific source.

I ask you, why are the names of the other scientists involved in the peer review a secret? Is it because they have no credibility as true scientist (or have never published a paper)? How can we know if the DNA study can be trusted when we do not even know who reviewed it and agreed with its findings? Will knowing the information jeopardize the sanctity of the study, for that matter?

There are many questions without answers. In Dr. Woo-suk’s case on December 29, 2005, the Seoul National University determined that all of Hwang's stem cell lines were fabricated. Later on January 10, 2006, the Seoul National University announced, Dr. Woo-suk’s 2004 and 2005 papers on Science were both fabricated. On January 11th, following on the confirmation of scientific misconduct and embezzlement, the journal Science retracted both of Hwang's papers on unconditional terms denouncing his inappropriate falsifications of research data.

Hwang held a press conference on January 12, 2006, and publicly apologized for the entire fiasco, but in the end, did not admit to cheating. Instead, if we use Guy Edwards’s five stages of releasing Bigfoot findings of evidence, Dr. Woo-suk fell in “Stage Five” and explicitly put the blame on other members of his research project team for having deceived him with false data and alleged a conspiracy. He stated that, “my projects had been sabotaged and that there was theft of the materials involved. My cloning human stem cells was possible and the technology to do it”, and if he were given six more months he could prove it. This was an extension of the "ten days" he earlier said he needed to re-create the stem cells; he originally had asked "ten days" back on December 16, 2005. That year Seoul prosecutors raided his home searching for files and evidence to start a "criminal investigation" of Hwang. This led to a two year suspended sentence for wrong doings in 2009 and as CNN reported that in 2006 Dr. Woo-suk had admitted conjuring fake findings to get his paper published.

Recently, questions have surfaced about Dr. Ketchum’s reports from the BBB in Texas, which has graded her DNA business with an “F” status on handling of various types of customer services, which in many cases have not been resolved. It would be unfair to categorize this information as proof of true wrong doing, but reports from other DNA labs do not show these issues. Dr. Ketchum in many ways, whether she likes to admit it or not, has become a celebrity of sorts in the Bigfoot world, just like Dr. Woo-suk was a national celebrity at a more extreme level in his home country of Korea. The good Doctor cannot say she does not enjoy what this DNA study has created for her in the DNA business world and possibly, the realm of scientific history.

I want to clarify that although Dr. Woo-suk case led to an uncomfortable legal situation for his stem cell research, in no way do I suggest this will also be the outcome for the Ketchum’s DNA study. But in a world where so many of us think that everyone has the best of intentions, it does not mean that the people around us have our same high sense of integrity and ideals to achieve their ultimate goals. We have heard all kinds of incredible statements from individuals in Dr. Ketchum’s camp, as well as other supposedly habituators. They believe Bigfoots have telepathic capabilities, can phase through dimensions and even ride on UFO’s.

As we get closer to May and the rumors mill flies around that when and if the DNA results will be published, we will hopefully get the proof showing factual scientific verifiable data to confirm the existence is Bigfoot. Or perhaps, history will repeat itself and just like Dr. Woo-suk, Dr. Melba Ketchum will have to use Guy Edwards from the Bigfoot Lunch Club site Five Stages of releasing Bigfoot evidence and will fall into Stage Five and say she was also hoaxed by the people around her.

As a believer in the existence of Bigfoot, I want to hold on to my romantic view of what these creatures could possibly be. Will the DNA study and other proofs be enough? Or will those that are searching for the truth have to wait another 4 decades to see this creature alive? Will we eventually see the old guards of the Bigfoot world pass the torch to the new generation of believers and fade away with the bitter dream of never finding the creature that has haunted many of them from the very moment they had a sighting? In the end, I wish the best for all involved and hope that what they are doing is with the best intentions in the world. Yet, I do it cautiously using the case of Dr. Woo-suk and his stem cell research as an example for being pragmatic and hope that all that believe do the same. Good intentions can at times go awry-- history has proven this.