Sierra Kills Update: Bigfoot Steak From Both Father And Child Being Used In Ketchum DNA Study 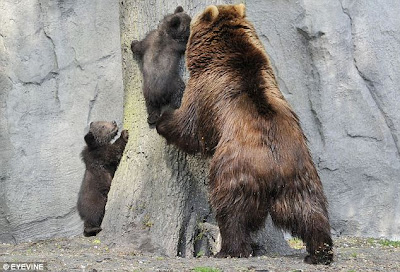 Robert Lindsay is claiming that he was right and will always been right about the Sierra Kills.

Last year when Robert first told the story about the Sierra Kills event where two bear hunters shot and killed two Bigfoots near Gold Lake, CA, he had mentioned that tissue samples from an adult Bigfoot and its child were recovered from the scene. He was accused by many in the Bigfoot community of making that part of the story up.

Now, Robert is convinced that he was right the whole time:

Two Bigfoot steaks turned in to Dr. Melba Ketchum’s lab from the Sierra Kills! I reported this at the very start, but then Derek Randles and others attacked me for “inaccurate reporting” and said I was wrong, so I backed away. But I just talked with a source again today, and it turns out that I was right when I first wrote that Sierra Kills article (so many things about that original story are turning out to be true in the end).

I can now say for certain that the Ketchum lab received two Bigfoot steaks. They may have received the auburn, brown and grey one (adult) first, and may have gotten the dark brown one (possibly from the juvenile) later on. At any rate, we know that the lab reported at one point that they were in possession of two steaks from the Kills. On one steak the hair looked like the hair on the adult, and on the other, it looked like the hair on the juvenile.

We don’t know that the two steaks were from two different bodies, but that seems to be a logical supposition. It’s possible once again that the adult had hair of varying colors – auburn, dark brown and grey in parts and pure dark brown in other parts – but that seems unlikely. Instead it seems that two steaks were sent to the lab – one from the adult and one from the juvenile.

The logical assumption here is that the steaks were from the two bodies. If that is so, it follows that DNA testing was done on both steaks. We assume that both steaks tested presumptive for Bigfoot.