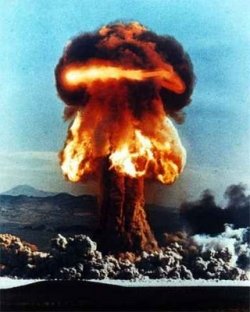 Before you read any further, you must watch this talk by David Paulides. It explains what the Bigfoot DNA study is trying to prove. Click here. Also, you may want to check out "Homo sapiens hirsutii," the proposed scientific name for sasquatch.

Here it is ladies and gentlemen, the A-Bomb of DNA results. Robert Lindsay does not reveal his source, but we'll take his word for it. First, we want to say that we are not geneticists, so we'll need an expert to decipher what we actually have here. We can tell you that not even Robert himself understands what some of the results mean.

"The results from the MC1R gene tests were very confusing, and I do not understand the results very well, but I will just throw them out to you and let you try to make sense out of them. Sources told me that the MC1R gene in the three Bigfoots was exactly the same in each one, a shocking finding. The results were “within the human range, but just barely.”

Nuclear DNA: As I promised in an earlier post, we can now release preliminary data on Bigfoot nuclear DNA. Three samples were tested for nuclear DNA. A single gene, the MC1R gene, was tested. According to Wikipedia, MC1R is one of the key proteins involved in regulating mammalian skin and hair color. In fact, in this study it was considered the “hair color” gene for practical purposes. The default Bigfoot hair color, which was the same in all three copies, is “red.” That could mean “auburn.”

The results from the MC1R gene tests were very confusing, and I do not understand the results very well, but I will just throw them out to you and let you try to make sense out of them. Sources told me that the MC1R gene in the three Bigfoots was exactly the same in each one, a shocking finding. The results were “within the human range, but just barely.”

The results were not in GenBank, nor were there any human results even remotely close to be found in GenBank. It is barely possible that such a bizarre finding could show up in one random modern human. That it would show up by chance in three separate random humans is for all intents and purposes statistically impossible. That is, the odds are against it are so extreme that we can be reasonably sure that these were not three random humans.

The problem is the same as with the MtDNA. We are still stuck with human DNA, even though it is so bizarre it is nearly completely outside of the modern human range.

But here is where the problem comes in. Out of the ~1000 polymorphisms in this gene, all three Bigfoot samples were concordant for a single polymorphism. That polymorphism was “100% non-human,” as my source put it. In other words, it is like the Neandertal copy of this gene that also differs by a single a non-human polymorphism.

Now the question is, can humans have non-human genes, non-human markers on their genes, or non-human polymorphisms? I would say no. If you find a non-human area in something’s genetics, my position is that the genetic sample is simply non-human. Humans can’t have non-human genes or even parts of genes. But I’m not a geneticist.

I would assume that this single non-human polymorphism is what made the Ketchum Study conclude that we were dealing with something non-human in terms of the nuclear DNA.

We also have the 4-letter DNA alphabetic code for that polymorphism, but I am not going to print it as I do not want to upset Ketchum’s findings. For now, let us call it XXXX where each X is an alphabetic letter in the genetic code.

I believe that the DNA testing subsequently concluded that all three of these samples tested positive for Bigfoot on DNA.

I believe at least one of these samples referenced above was Larry Jenkins’ Bigfoot toenail.

Numerous questions arise from this finding.

First of all, how can the gene be “within the human range, but only barely,” and also have a 100% non-human polymorphism similar to Neandertal’s? This makes no sense to me.

If the default color gene in Bigfoots is “red,” then why do we find dark brown, brown, white and grey colored Bigfoots? I have no answer to that question.

The nuclear DNA findings above are extremely tentative and are based on conversations with sources over a period of months. I tried to check back with my sources today before I wrote the piece, but I could not get in touch with them. They are subject to revision in the future. I have had this nuclear DNA information for months now but have been unable to release it because it was given to me off the record. I just now got the go ahead to run it.

My understanding of the final results of the nuclear DNA is that it is quite a bit aways from human. How far away is uncertain. From three different sources, we heard “1/3 of the way from a human to a chimp.”

However, another source said it is closer. Two different sources referred to Neandertal and Denisova. “Whether it is closer to Neandertal or Denisova, I am not sure,” one said. Another referenced late Erectus trending into archaic Sapiens. An example would be “Heidelberg Man.” If the nuclear side is 1/3 of the way from a human to a chimp, the split between Bigfoot and man took place 2.2 million YBP (years before present). If it is instead closer to Neandertal – Denisova – Heidelberg Man, we are looking at a Bigfoot – human split of 750,000 YBP.

At the moment, we don’t know how far away the nuclear side is from humans. All we have is conjecture.

Truth is we have no knowledge whatsoever of how the peer review is going, but it does seem to be taking awhile. This implies a long and drawn out process.

We are also not certain of Ketchum saying a May 2012 publication date. That date is simply being thrown about because Ketchum will be appearing at a Bigfoot conference in the Pacific Northwest on Homo sapiens hirsutti on that date.

Justin Smeja’s original post on Taxidermy.net. We already discussed this finding in our previous post. The original post from that website is almost impossible to get. Only a few people have it, and they won’t let anyone else see it. Nevertheless, our team* got ahold of a copy.

In the post, Smeja admits to shooting the Bigfoot in the back as it was running away. In addition, Smeja repeatedly refers to the creatures as “bears,” though he says over and over that they are the strangest bears he had ever seen. Nevertheless, he titled the post, “If You Saw Bigfoot, Would You Shoot It?”

Keep in mind that the post was only 1 month after the Sierra Kills. Smeja did not believe in Bigfoots at all at the time of the shooting. Even after talking to several people who told him he just shot two Bigfoots, part of Smeja still cannot wrap his mind around that fact, so he keeps trying to rationalize that somehow he shot two of the weirdest bears on the face of the Earth. He theorizes that the Bigfoot he shot may have had two of its legs shot off and then learned to walk upright on only two legs.

The concept of Bigfoot is still so weird to him that his mind refuses to believe it and he is backing up into bizarre bear explanations to make sense of the insensible. He also refers to grizzly bears a few times when talking about the Bigfoot he shot, possibly due to the huge size.

*One or more persons, which may or may not include me.

Smeja’s Bigfoot steak is for sale. First of all, we do not believe that Smeja has a single small Bigfoot steak. By his own admission, we calculated that he has 7.5 pounds of steak. He gave Ketchum 1/4 of that, which was ~2 pound slice. So he still retains ~6 pounds of steak. We recently received word from sources that Smeja has been trying to sell some or all of that steak. Asking price was reportedly ~$10,000. We believe that there were no takers.